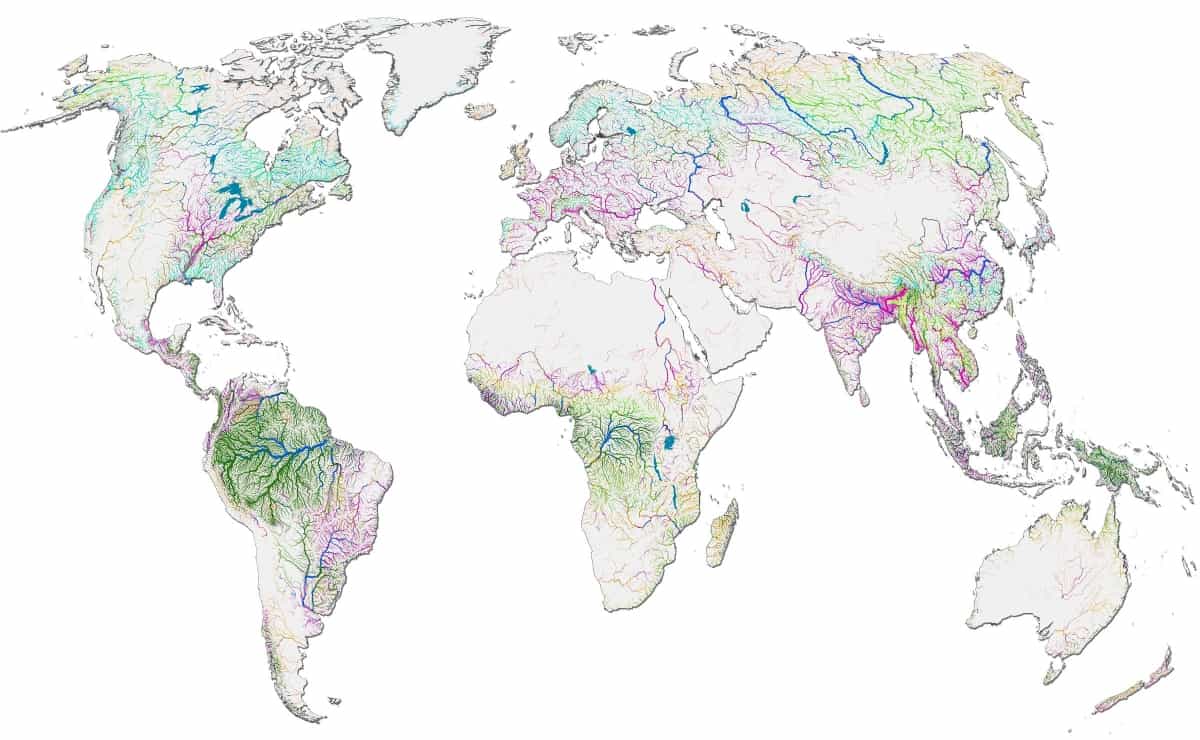 Two researchers and friends from opposite ends of the Earth have created a world-first high spatial resolution atlas that maps the environmental characteristics of all the globe's rivers and catchments.

HydroATLAS was co-developed by Bernhard Lehner and his team from McGill University’s Department of Geography and Simon Linke from Griffith University’s Australian Rivers Institute.

“This project, which was more than 5 years in the making, would not have been possible without the critical support from numerous graduate or undergraduate students at McGill, nine of which are co-authors of this study, Bernhard Lehner said. They contributed to this database either as part of their own research or as research assistants by compiling and analyzing huge amounts of global digital data.”

The development was also aided by Michele Thieme from World Wildlife Fund - a long-term collaborator of Linke and Lehner - who frequently uses their science to aid conservation projects in remote areas, such as the Congo Basin or Bhutan.

HydroATLAS assists researchers and practitioners - such as country agencies or bodies like the UN - to address gaps in river or catchment protection methods and understand the human impact on freshwater ecosystems.

The HydroATLAS database is a standardized compendium that collates more than 50 environmental variables representing over 280 individual attributes into a single resource that allows detailed analysis of the factors that drive the hydrology and ecology of rivers and their catchments.

Linke said that HytdroATLAS offers non-specialists the opportunity to explore information about rivers and their catchments in a single centralized database.

“This can help to, for example, understand where gaps in river protection are, or what the characteristics of catchments are that are particularly threatened by human activity,” he said.

Research detailing the HydroATLAS compendium has been published in Nature Scientific Data.

The database collates descriptive hydro-environmental information for all catchments and rivers around the world. It offers data on:

“The beauty of HydroATLAS is that the user does not need any special expertise in computer mapping, but can click on a river or area and the readily available information will be pulled from the database. Users can also easily calculate upstream climatic, soil and other variables that contribute to the character of a river or catchment,” Linke added.

“We had already built the most detailed maps of rivers and catchments worldwide in previous projects, which required more than a decade of interpreting remote sensing information and developing computer algorithms. Through the collaboration with Professor Linke we managed to add a wide range of environmental data from many other sources, building the most detailed and comprehensive global river and catchment information system currently available.”

The researchers hope HydroATLAS is especially useful for applications by intergovernmental bodies such as the UN Environment Program, the WorldBank or the International Union for Conservation of Nature.