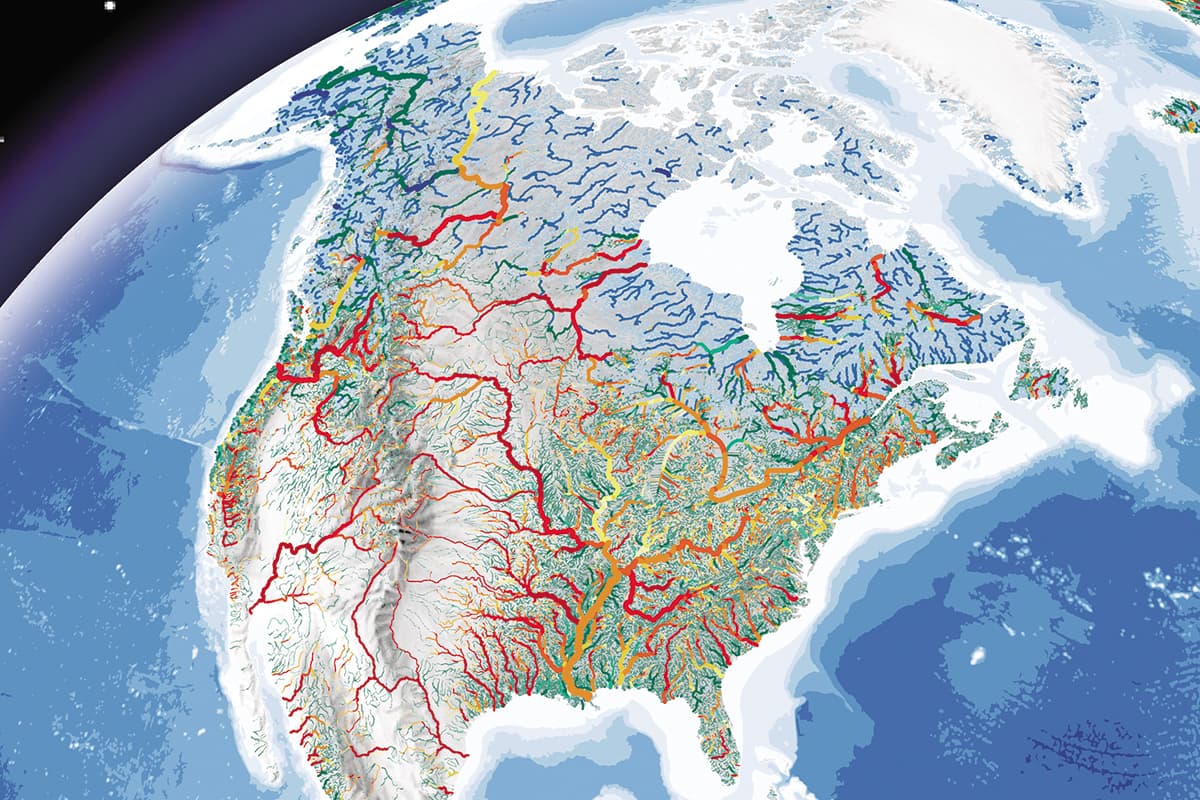 ONLY ABOUT ONE-THIRD of the world’s longest rivers remain free-flowing, meaning they have not been dammed or disrupted in man-made ways, reports a new landmark study. While there are a few exceptions, like Asia’s 1,700-mile long Salween River, most of the remaining free-flowing rivers longer than about 600 miles are now restricted to remote regions of the Arctic and to the Amazon and Congo Basins.

Scientists warn that such fragmentation of the world’s major rivers, caused mainly by dams, threatens the ecosystem services that both people and wildlife depend on for their survival. Free-flowing rivers, they say, provide food for hundreds of millions of people, deliver sediments crucial to agriculture, mitigate the impact of floods and droughts, and underpin a wealth of biodiversity.

“This is the most comprehensive assessment of river connectivity that’s ever been done, and it shows we are losing our longest, free-flowing rivers,” says Michele Thieme, lead freshwater scientist at the World Wildlife Fund, which spearheaded the mapping project together with McGill University in Quebec, Canada.