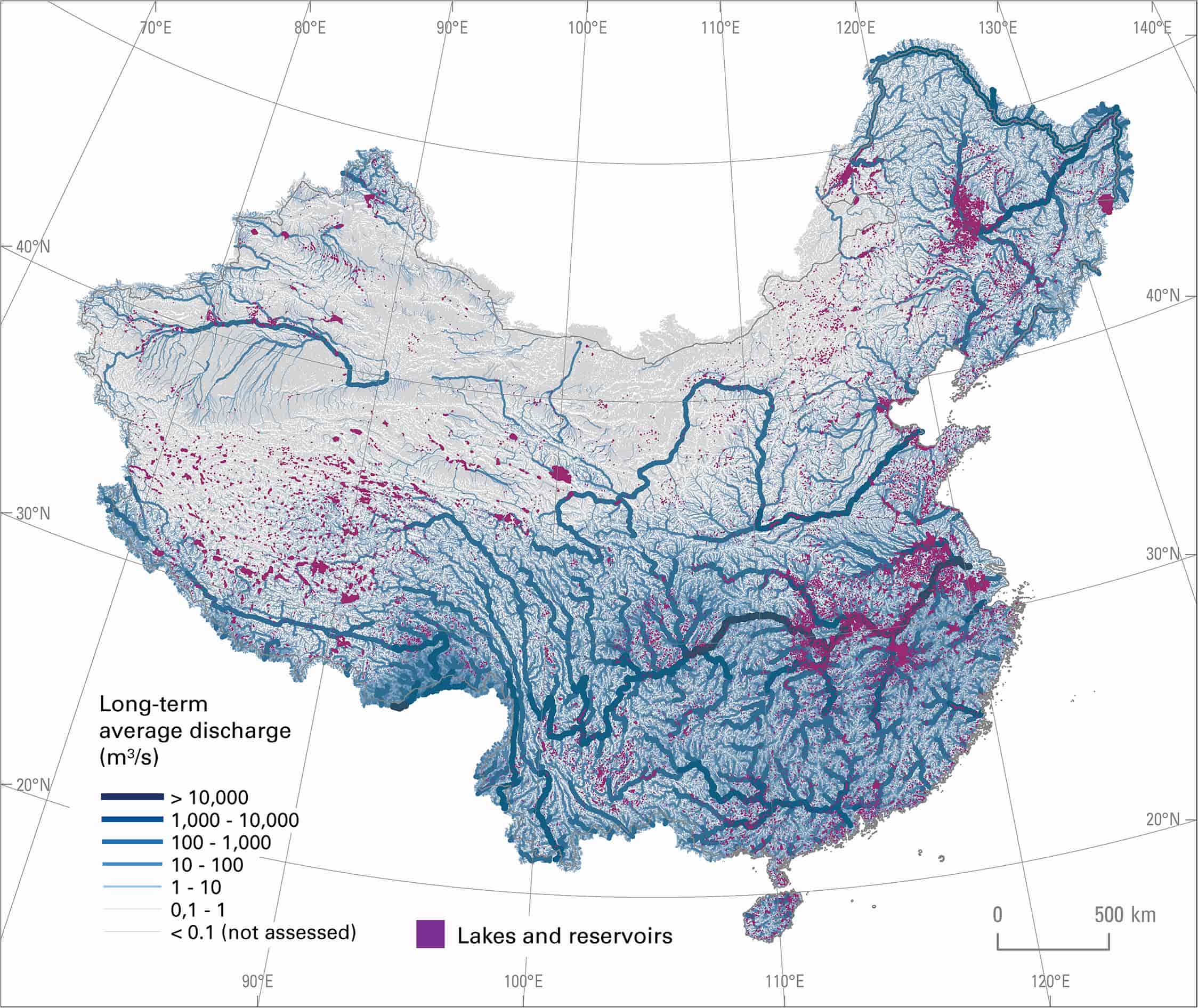 The contamination of freshwater systems arises in many river basins due to industrialization and population growth, posing risks to ecosystems and human health. Despite these concerns, the fate and potential impact of many emerging pollutants are currently unknown, especially when the compounds are released into surface waters from populations distributed across large spatial scales. In order to address this shortcoming, a spatially-explicit contaminant fate model was developed as an extension of the global, vector-based river routing model HydroROUT. HydroROUT operates at very high spatial resolution (∼500 m), simulates river and stream chemical transport with in-stream removal, and contains links to a set of lakes and reservoirs, which act as a partial sink during the transport. The chemical fate model was applied to China and includes a consumption and release module based on county-level population demographics, considers point-source contributions from 2547 wastewater treatment plants, and accumulates contributions of rural and urban populations not connected to sewage treatment plants.

As a case study, the sources and fates of the estrogens estrone (E1), 17β-estradiol (E2), estriol (E3), as well as the synthetic estrogenic steroid hormone 17α-ethinylestradiol (EE2) were modelled in Chinese surface water bodies. Preliminary validation of the results showed predictions to be within the ranges of concentrations reported in literature, with exception of EE2. The total estrogenic mass in the entire river and lake system amounted to 370 tonnes of estrogens, with about 1.3 tonnes per year discharged to the ocean, neighboring countries or to inland sinks. Under a selected baseline scenario, eco-toxicological risk-i.e., contaminant concentrations in excess of the predicted no effect concentration (PNEC)-is found in 23.6% of all analyzed rivers of China with an average flow > 0.1 m3/s. Out of these, about 4% of rivers showed a high level of risk of 10 times or more above PNEC. Medium-to-large rivers are disproportionally affected; for example, 23.6%, 37.3%, 29.0% and 21.6% of river length are at risk in rivers of 1-10, 10-100, 100-1,000, and 1,000-10,000 m3/s of discharge, respectively, whereas no risk was predicted in the largest rivers (i.e., >10,000 m3/s) of China. Wastewater treatment plants process 22.5% of the total hormone load and thus play an important role in water quality control by reducing the risk in substantial portions of the river network, which would otherwise show elevated risk. Releases from untreated population dominate by far the overall contribution to risk.